Get Interesting Photos Direct To Your Email
Sign up for our newsletter and receive unique photos for your viewing pleasure!
We hate SPAM and we promise to keep your email address safe.
No thanks, I have already subscribed!
Thank You
Follow Us Follow @allrefer Pinterest
AllRefer.com > Pictures & Images > LC-130 Hercules - Air Guard retraces first flight to South Pole 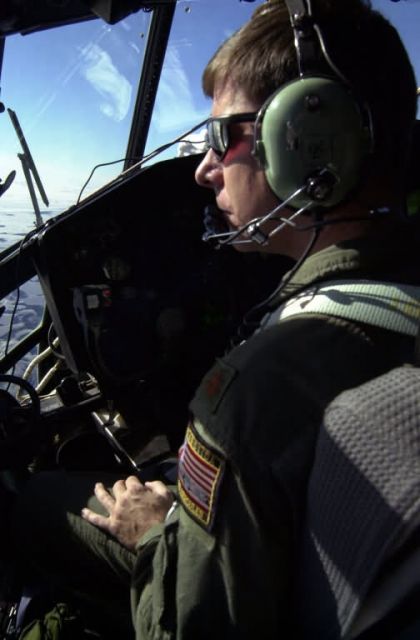 OVER ANTARCTICA—Maj. Mark Doll, a pilot with the New York Air National Guard’s 109th Airlift Wing, looks out the window of an LC-130 Hercules over the area of Antarctica where Rear Adm. Richard E. Byrd established the Little America campsite 75 years ago. The edge of the Ross Ice Shelf and the sea ice in the area where Admiral Byrd established Little America broke off and floated away years ago. Major Doll and his crew took the long way to the pole to retrace the route of the first South Pole flight by Admiral Byrd. (Courtesy photo)