Get Interesting Photos Direct To Your Email
Sign up for our newsletter and receive unique photos for your viewing pleasure!
We hate SPAM and we promise to keep your email address safe.
No thanks, I have already subscribed!
Thank You
Follow Us Follow @allrefer Pinterest
AllRefer.com > Pictures & Images > F-15 Eagle - Back from Turkey 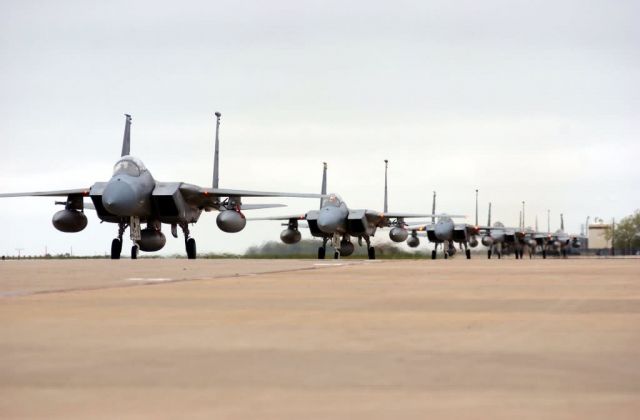 LANGLEY AIR FORCE BASE, Va.—F-15 Eagles from the 94th Fighter Squadron return April 8 after a four month deployment in Turkey supporting Operation Northern Watch. The 94th FS deployed about 150 people and six aircraft and were one of the last units to fly in support of the mission. (U.S. Air Force photo by Staff Sgt. Travis Aston)