Get Interesting Photos Direct To Your Email
Sign up for our newsletter and receive unique photos for your viewing pleasure!
We hate SPAM and we promise to keep your email address safe.
No thanks, I have already subscribed!
Thank You
Follow Us Follow @allrefer Pinterest
AllRefer.com > Pictures & Images > FWS Employee with Red-Cockaded Woodpecker 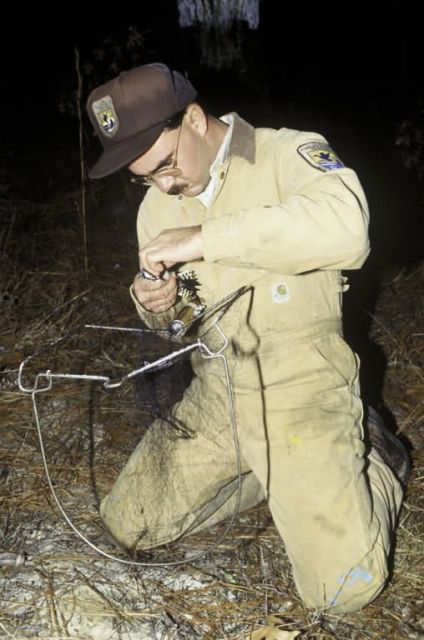 The Red-Cockaded Woodpecker plays a vital role in the intricate web of life of the southern pine forests, being studied here by a Service biologist at the Carolina Sandhills National Wildlife Refuge. A number of other birds and small mammals use the nest cavities excavated by red-cockaded woodpeckers, such as chickadees, bluebirds, titmice, and several other woodpecker species, including the downy, hairy, and red-bellied woodpecker. Larger woodpeckers may take over a Red-Cockaded Woodpecker cavity, sometimes enlarging the hole enough to allow screech owls, wood ducks, and even raccoons to later move in. Flying squirrels, several species of reptiles and amphibians, and insects, primarily bees and wasps, also will use red-cockaded cavities.