Get Interesting Photos Direct To Your Email
Sign up for our newsletter and receive unique photos for your viewing pleasure!
We hate SPAM and we promise to keep your email address safe.
No thanks, I have already subscribed!
Thank You
Follow Us Follow @allrefer Pinterest
AllRefer.com > Pictures & Images > C-130 Hercules - Playing with the enemy 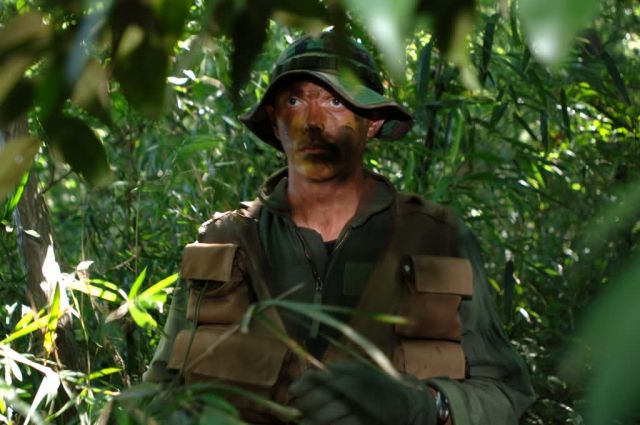 C-130 Hercules - Playing with the enemy

YOKOTA AIR BASE, Japan—Airman 1st Class Ron Rabineau looks out for enemy forces after his aircraft was “shot down” in a hostile area during an exercise here Sept. 15. During the exercise, his C-130 Hercules crew was evaluated on a variety of tasks, including emergency parachute bailout, camouflage and concealment, and operation of emergency signaling devices such as flares and radios. Airman Rabineau is a C-130 loadmaster with the 36th Airlift Squadron. (U.S. Air Force photo by Master Sgt. Val Gempis)