Get Interesting Photos Direct To Your Email
Sign up for our newsletter and receive unique photos for your viewing pleasure!
We hate SPAM and we promise to keep your email address safe.
No thanks, I have already subscribed!
Thank You
Follow Us Follow @allrefer Pinterest
AllRefer.com > Pictures & Images > FWS Employee tagging Loggerhead Turtle 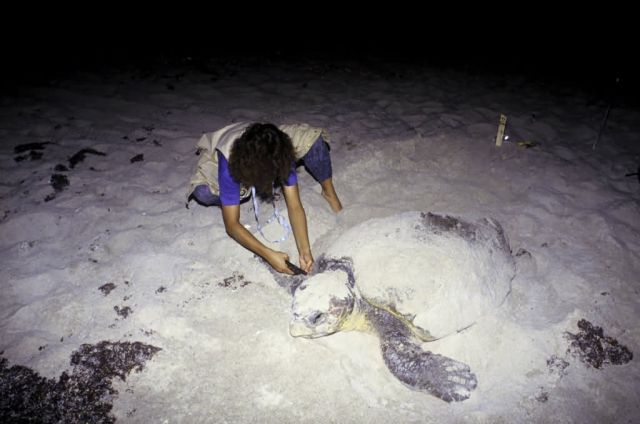 FWS biologist tags an endangered Loggerhead Turtle. The Atlantic Loggerheads were listed as threatened on July 28, 1978. Their populations declined due to incidental capture in shrimp trawls, loss of habitat due to coastal development, artificial light on coasts causing disorientation of nesting females, beach sand mining, and many are lost in storms because they get thrown up with Sargassum weeds.