Get Interesting Photos Direct To Your Email
Sign up for our newsletter and receive unique photos for your viewing pleasure!
We hate SPAM and we promise to keep your email address safe.
No thanks, I have already subscribed!
Thank You
Follow Us Follow @allrefer Pinterest
AllRefer.com > Pictures & Images > Fairchild Air Force Base - Got ya! 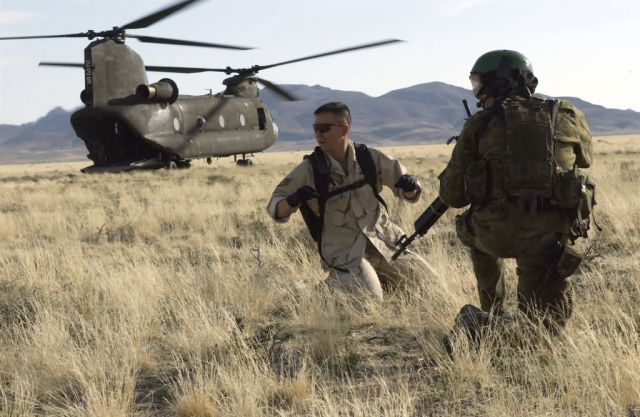 Fairchild Air Force Base - Got ya!

NELLIS AIR FORCE BASE, Nev.—Air Force Staff Sgt. Christopher Keel is detained by a Spanish Special Forces member until his identity is confirmed during a Red Flag combat search and rescue exercise here March 23. Staff Sgt. Keelis is a survival evasion resistance and escape instructor with the 22nd Training Squadron at Fairchild Air Force Base, Wash. Red Flag is a realistic combat-training exercise involving the armed forces of the United States and its allies. (U.S. Air Force photo by Senior Airman Brian Ferguson)