Get Interesting Photos Direct To Your Email
Sign up for our newsletter and receive unique photos for your viewing pleasure!
We hate SPAM and we promise to keep your email address safe.
No thanks, I have already subscribed!
Thank You
Follow Us Follow @allrefer Pinterest
AllRefer.com > Pictures & Images > T-43A - T-43 trainer 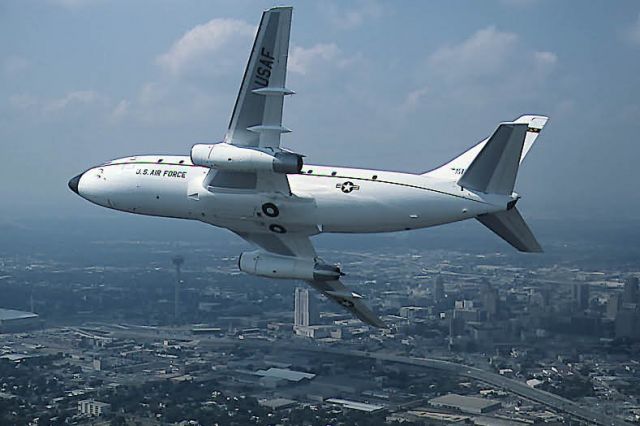 FILE PHOTO—The T-43A is a medium-range, swept-wing jet aircraft equipped with modern navigation and communications equipment to train navigators for strategic and tactical aircraft. The T-43A is primarily used in the Air Force’s undergraduate navigator training program. Several T-43s are configured for passengers and provide operational support to assigned commands and the Air National Guard. The T-43A is the Air Force version of the Boeing 737 transport. One jet engine is mounted under each wing. The exterior differences between the military and commercial aircraft include the addition of many small blade-type antennas, sextant ports, a wire antenna for high-frequency radio and fewer windows. (U.S. Air Force photo by Master Sgt. Fernando Serna)