Get Interesting Photos Direct To Your Email
Sign up for our newsletter and receive unique photos for your viewing pleasure!
We hate SPAM and we promise to keep your email address safe.
No thanks, I have already subscribed!
Thank You
Follow Us Follow @allrefer Pinterest
AllRefer.com > Pictures & Images > F-16 Fighting Falcon - F-16 Fighting Falcon 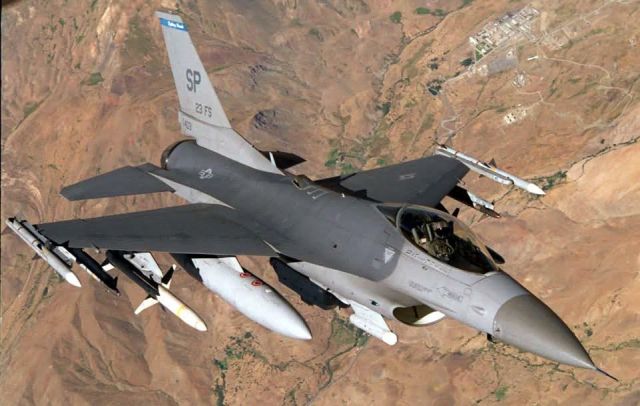 NORTHERN WATCH—In an air combat role, the F-16 Fighting Falcon’s maneuverability and combat radius (distance it can fly to enter air combat, stay, fight and return) exceed that of all potential threat fighter aircraft. It can locate targets in all weather conditions and detect low flying aircraft in radar ground clutter. In an air-to-surface role, the F-16 can fly more than 500 miles, deliver its weapons with superior accuracy, defend itself against enemy aircraft, and return to its starting point. An all-weather capability allows it to accurately deliver ordnance during non-visual bombing conditions. (U.S Air Force photo)