Get Interesting Photos Direct To Your Email
Sign up for our newsletter and receive unique photos for your viewing pleasure!
We hate SPAM and we promise to keep your email address safe.
No thanks, I have already subscribed!
Thank You
Follow Us Follow @allrefer Pinterest
AllRefer.com > Pictures & Images > C-130 Hercules - Fighting wildfires 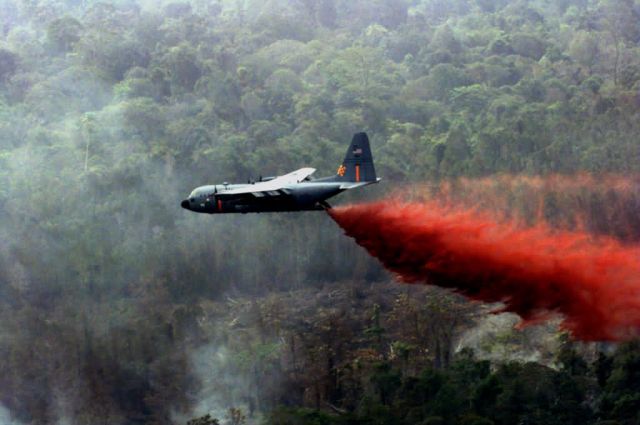 FILE PHOTO—Air National Guard C-130 Hercules equipped with modular airborne firefighting systems, similar to this one, are dropping thousands of gallons of retardant on the wildfires in Southern California. The fires have destroyed more than 830 homes and burned out more than 500,000 acres. California officials said the fires are responsible for at least 15 deaths. (U.S. Air Force photo by Staff Sgt. Daryl McKamey)