Get Interesting Photos Direct To Your Email
Sign up for our newsletter and receive unique photos for your viewing pleasure!
We hate SPAM and we promise to keep your email address safe.
No thanks, I have already subscribed!
Thank You
Follow Us Follow @allrefer Pinterest
AllRefer.com > Pictures & Images > Estuary to Abyss Expedition 2004 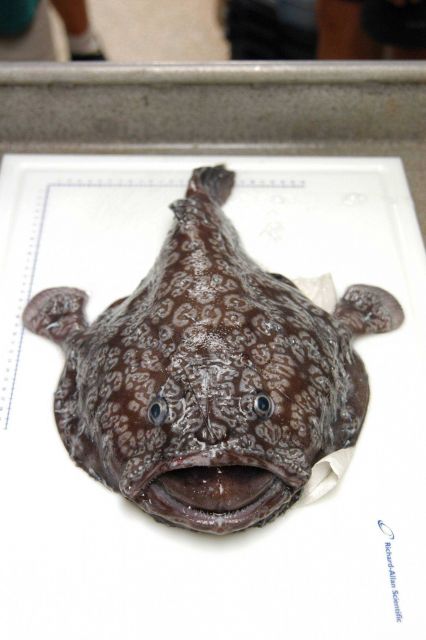 Estuary to Abyss Expedition 2004. Shaefer’s anglerfish (Sladenia shaefersi) that was brought up by the Johnson-Sea-Link II submersible. This is the third specimen of this species that has ever been seen. The first was seen off the coast of Colombia in 1976. The “fishing poles” on his head are illiceum, or the first and second spines of the dorsal fin which are used to attract prey.