Get Interesting Photos Direct To Your Email
Sign up for our newsletter and receive unique photos for your viewing pleasure!
We hate SPAM and we promise to keep your email address safe.
No thanks, I have already subscribed!
Thank You
Follow Us Follow @allrefer Pinterest
AllRefer.com > Pictures & Images > B-52H Stratofortress - Combat mission 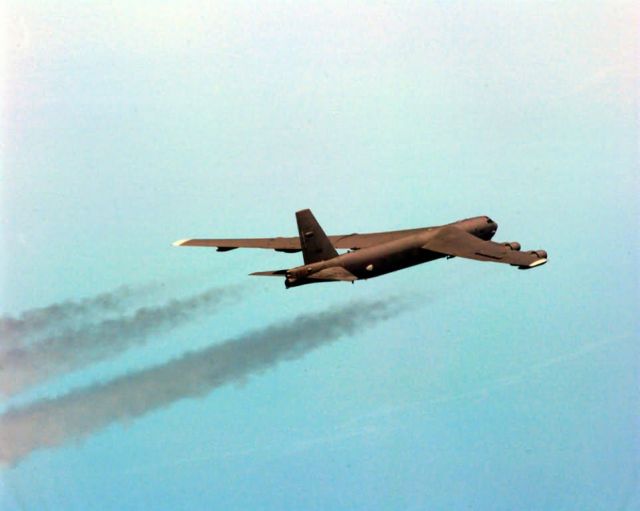 FILE PHOTO—A B-52H Stratofortress of the 2nd Air Expeditionary Group, Royal Air Force Fairford, England, heads toward a target in Kosovo during a NATO Operation Allied Force Combat Penetration mission. The 2nd AEG is made up of B-52H aircraft and crews from the 2nd and 5th Bomb Wings. The 2nd BW is home- based at Barksdale Air Force Base, La., while the 5th BW is based at Minot AFB, N.D. (U.S Air Force photo by Senior Airman Greg L. Davis)