Get Interesting Photos Direct To Your Email
Sign up for our newsletter and receive unique photos for your viewing pleasure!
We hate SPAM and we promise to keep your email address safe.
No thanks, I have already subscribed!
Thank You
Follow Us Follow @allrefer Pinterest
AllRefer.com > Pictures & Images > C-130 - Airmen bring Airpower to San Salvador 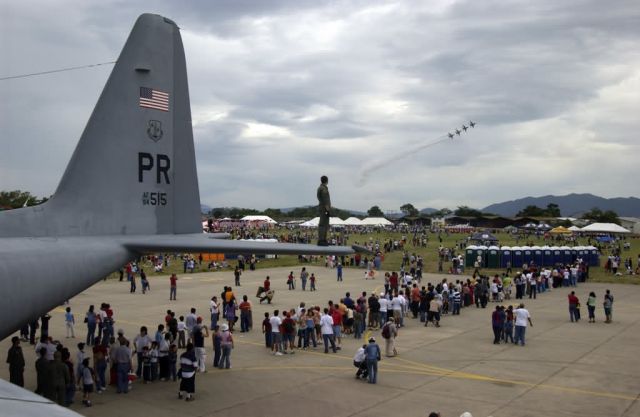 ILOPANGO AIR BASE, El Salvador (AFPN)—Senior Airman Jean Audiffred, a Puerto Rican Air National Guard C-130 crew chief, observes the Thunderbirds from the tail of his C-130 Hercules during the Ilopango Air Show 2005 in El Salvador. The C-130 was the only U.S. aircraft opened to the public during the Oct. 30 show. (U.S. Air Force photo by Staff Sgt. Matthew Lohr)