Get Interesting Photos Direct To Your Email
Sign up for our newsletter and receive unique photos for your viewing pleasure!
We hate SPAM and we promise to keep your email address safe.
No thanks, I have already subscribed!
Thank You
Follow Us Follow @allrefer Pinterest
AllRefer.com > Pictures & Images > B-2 Spirit bomber - Atlantic refueling 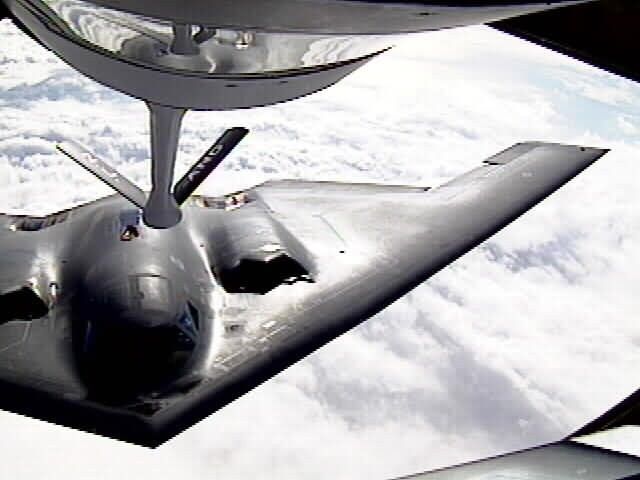 OVER THE ATLANTIC OCEAN—A B-2 Spirit bomber glides into place for aerial refueling over the Atlantic during an April mission in support of Operation Allied Force. The aircraft belongs to Whiteman Air Force Base, Mo., and is working with the Air Force Reserves and the Air National Guard, supporting missions between McGuire Air Force Base, N.J., and the Balkans. (U.S. Air Force Photo by Staff Sgt. Kevin Olson)