Get Interesting Photos Direct To Your Email
Sign up for our newsletter and receive unique photos for your viewing pleasure!
We hate SPAM and we promise to keep your email address safe.
No thanks, I have already subscribed!
Thank You
Follow Us Follow @allrefer Pinterest
AllRefer.com > Pictures & Images > B-1B - Flying over foreign lands 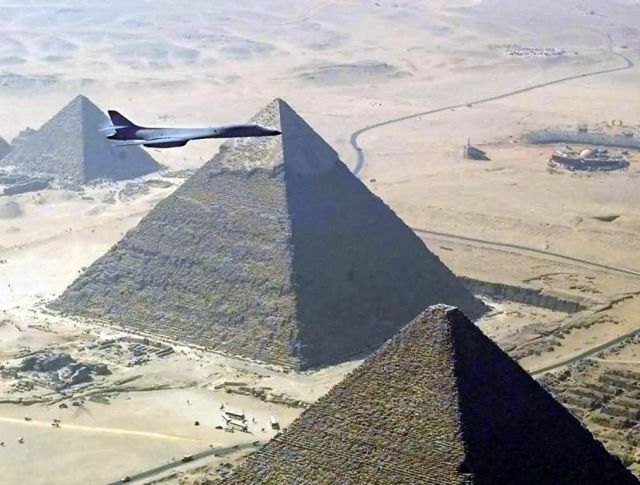 OVER EGYPT—A B-1B from the 28th Bomb Wing at Ellsworth Air Force Base, S.D., flies over the pyramids in Egypt during Bright Star ‘99. Four B-1s from Ellsworth were among the 396 coalition aircraft that flew more than 3,000 sorties during the joint and combined coalition exercise involving 11 countries. (U.S. Air Force photo)