Get Interesting Photos Direct To Your Email
Sign up for our newsletter and receive unique photos for your viewing pleasure!
We hate SPAM and we promise to keep your email address safe.
No thanks, I have already subscribed!
Thank You
Follow Us Follow @allrefer Pinterest
AllRefer.com > Pictures & Images > Fattail Scorpion 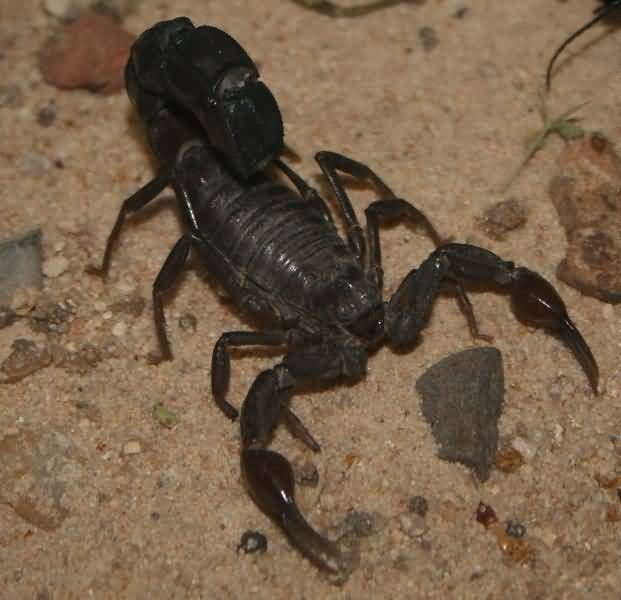 Fattail scorpion or fat-tailed scorpion is the common name given to scorpions of the genus Androctonus. It is one of the most dangerous groups of scorpions species in the world. They are found throughout the semi-arid and arid regions of the Middle East and Africa. Their common name is derived from their distinctly fat tail, while the Latin name originates from Greek and means “man killer”.

Their venom contains powerful neurotoxins and is especially potent. Stings from Androctonus species are known to cause several human deaths each year. Several pharmaceutical companies manufacture an antivenom for treatment of Androctonus envenomations.