Get Interesting Photos Direct To Your Email
Sign up for our newsletter and receive unique photos for your viewing pleasure!
We hate SPAM and we promise to keep your email address safe.
No thanks, I have already subscribed!
Thank You
Follow Us Follow @allrefer Pinterest
AllRefer.com > Pictures & Images > A-10 Thunderbolt II - Point it that way 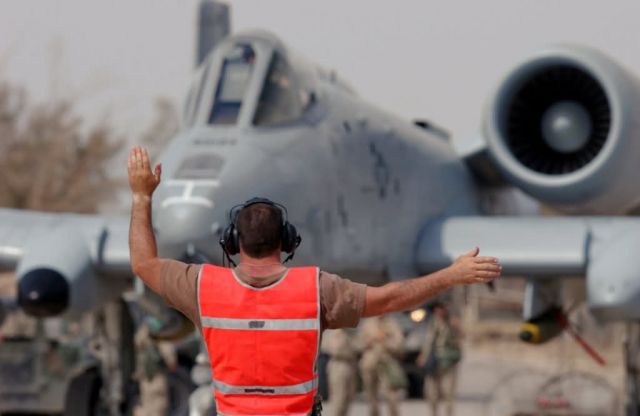 A-10 Thunderbolt II - Point it that way

OPERATION IRAQI FREEDOM—Tech. Sgt. Tim Glenn directs an A-10 Thunderbolt II on April 18. He is a crew chief assigned to the 442nd Fighter Wing at Tallil Air Base in southern Iraq. Officials here say this is the first A-10 hot refuel in Iraq and the first time the R-14 fuel hydrant system was used in the process. The 442nd is from Whiteman Air Force Base, Mo. (U.S. Air Force photo by Master Sgt. Terry L. Blevins)