Get Interesting Photos Direct To Your Email
Sign up for our newsletter and receive unique photos for your viewing pleasure!
We hate SPAM and we promise to keep your email address safe.
No thanks, I have already subscribed!
Thank You
Follow Us Follow @allrefer Pinterest
AllRefer.com > Pictures & Images > Emerald Tree Boa 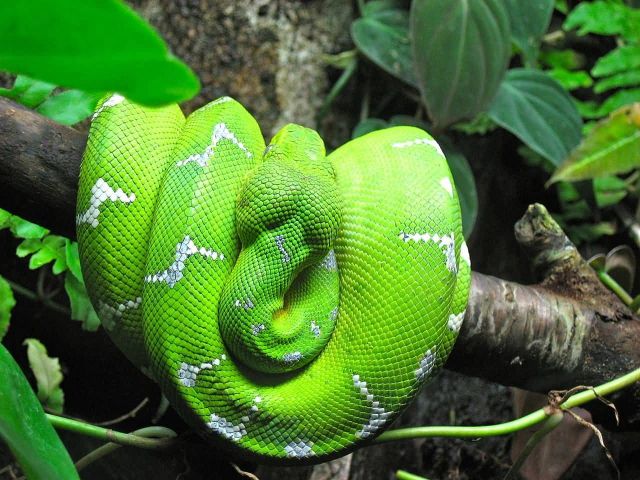 The emerald tree boa is a non-venomous boa species found in the rainforests of South America. Adults tree boa grow to about 6 feet in length. They have highly developed front teeth that are likely proportionately larger than those of any other non-venomous snake.

The color pattern typically consists of an emerald green ground color with a white zigzag stripe or so-called “lightning bolts”. The diet consists primarily of small mammals, but they have been known to eat some smaller bird species as well as lizards and frogs.