Get Interesting Photos Direct To Your Email
Sign up for our newsletter and receive unique photos for your viewing pleasure!
We hate SPAM and we promise to keep your email address safe.
No thanks, I have already subscribed!
Thank You
Follow Us Follow @allrefer Pinterest
AllRefer.com > Pictures & Images > Watercress 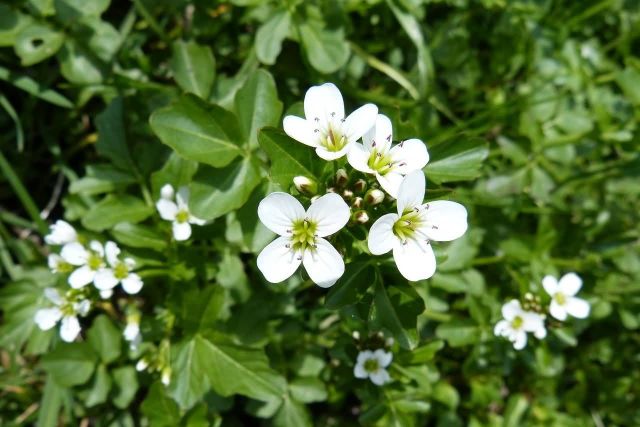 Watercress is an aquatic plant species with the botanical name Nasturtium officinale. Watercress is a rapidly growing, aquatic or semi-aquatic, perennial plant native to Europe and Asia and one of the oldest known leaf vegetables consumed by humans. The hollow stems of watercress are floating and the leaves are pinnately compound. Small, white and green flowers are produced in clusters.

In some regions, watercress is regarded as a weed, in other regions as an aquatic vegetable or herb. Watercress has been grown in many locations around the world. Watercress contains significant amounts of iron, calcium, iodine, manganese and folic acid. Because it is relatively rich in vitamin C, watercress was suggested by English military surgeon John Woodall (1570-1643) as a remedy for scurvy.