Get Interesting Photos Direct To Your Email
Sign up for our newsletter and receive unique photos for your viewing pleasure!
We hate SPAM and we promise to keep your email address safe.
No thanks, I have already subscribed!
Thank You
Follow Us Follow @allrefer Pinterest
AllRefer.com > Pictures & Images > Two California condors 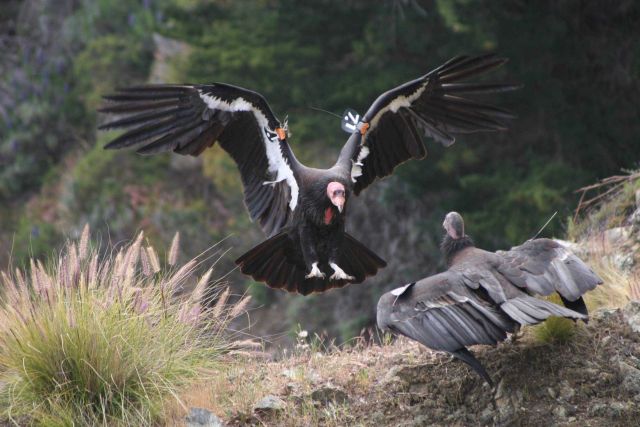 Two California condors. All condors are tagged and monitored. Condors sometimes come to the Piedras Blancas to scavenge on dead, beached marine mammals. At one time there were only twenty-two condors left alive but through protection and a captive breeding program, now over 200 condors soar over the skies of southern and central California and another 179 live in captivity.