Get Interesting Photos Direct To Your Email
Sign up for our newsletter and receive unique photos for your viewing pleasure!
We hate SPAM and we promise to keep your email address safe.
No thanks, I have already subscribed!
Thank You
Follow Us Follow @allrefer Pinterest
AllRefer.com > Pictures & Images > Trinidad Scorpion Butch T Pepper, Trinidad 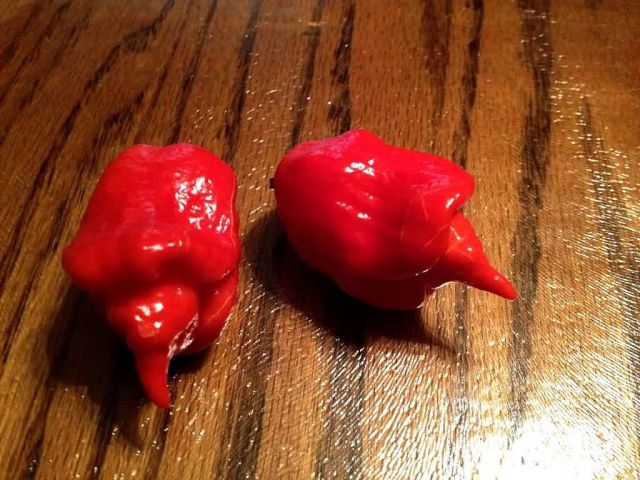 The Trinidad scorpion Butch T’ pepper is a Capsicum chinense cultivar that is among the most piquant peppers. The “scorpion” peppers are referred to as such because the pointed end of the pepper is said to resemble a scorpion’s stinger. According to Guinness World Records, the Trinidad scorpion Butch T’ pepper was for three years, ranked as the most hot pepper in the world. In March 2011 this pepper measured a specimen at 1,463,700 Scoville heat units(SHUs).