Get Interesting Photos Direct To Your Email
Sign up for our newsletter and receive unique photos for your viewing pleasure!
We hate SPAM and we promise to keep your email address safe.
No thanks, I have already subscribed!
Thank You
Follow Us Follow @allrefer Pinterest
AllRefer.com > Pictures & Images > Tree That Owns Itself 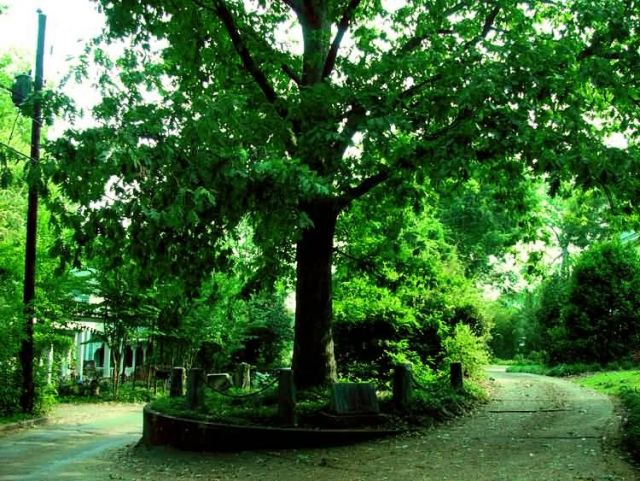 Tree That Owns Itself

The Tree That Owns Itself is a white oak tree, widely assumed to have legal ownership of itself and of all land within 8 feet of its base. The tree, also called the Jackson Oak, is located at the corner of South Finley and Dearing Streets in Athens, Georgia, United States.

The tree was considered by some to be both the biggest tree in Athens and the most famous tree in the United States. The original tree fell in 1942, but a new tree was grown from one of its acorns and planted in the same location. The current tree is sometimes referred to as the Son of The Tree That Owns Itself. Both trees have appeared in numerous national publications and the site is a local landmark.