Get Interesting Photos Direct To Your Email
Sign up for our newsletter and receive unique photos for your viewing pleasure!
We hate SPAM and we promise to keep your email address safe.
No thanks, I have already subscribed!
Thank You
Follow Us Follow @allrefer Pinterest
AllRefer.com > Pictures & Images > The Oresund Bridge - Denmark to Sweden 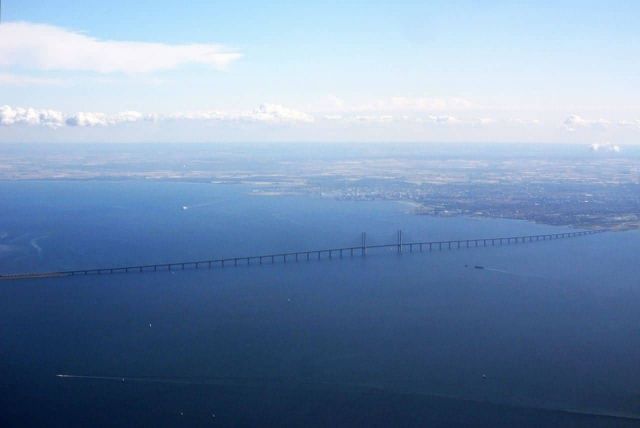 The Oresund Bridge - Denmark to Sweden

Oresund Bridge is a double-track railway and motorway bridge across the Oresund strait between Scania and Denmark. The bridge runs nearly 8 kilometres from the Swedish coast to the artificial island of Peberholm. The crossing of the strait is completed by a 4 km underwater tunnel its called the Drogden Tunnel. The Oresund Bridge is the longest combined road and rail bridge in Europe.