Get Interesting Photos Direct To Your Email
Sign up for our newsletter and receive unique photos for your viewing pleasure!
We hate SPAM and we promise to keep your email address safe.
No thanks, I have already subscribed!
Thank You
Follow Us Follow @allrefer Pinterest
AllRefer.com > Pictures & Images > Q1 (Queensland Number One), Queensland 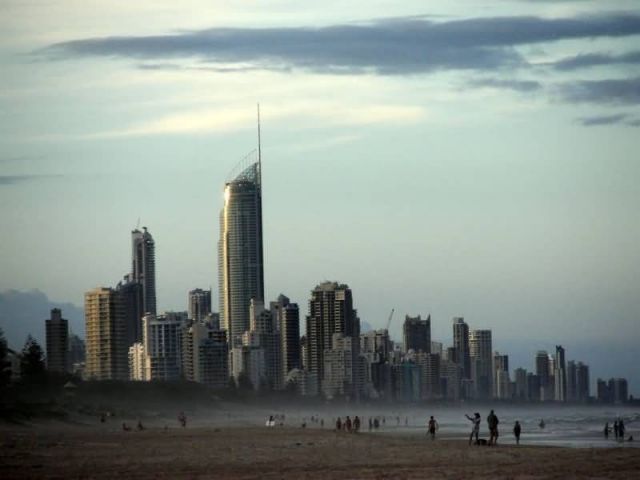 Q1 (Queensland Number One) is a skyscraper in Surfers Paradise, on the Gold Coast, Queensland. It lost its title as the world’s tallest residential tower to the 348-metre building The Marina Torch in Dubai on 29 April 2011. As of May 2012, it is the sixth-tallest such building. Q1 is the tallest building in Australia and the Southern Hemisphere.

Q1 Tower was designed by SDG & The Buchan Group and its form was inspired by the Sydney 2000 Olympic torch and the Sydney Opera House. The name was given in honour of members of Australia’s Olympic sculling team of the 1920s - Q1. Q1 contains one, two and three bedroom apartments. Building facilities include two lagoon swimming pools, a lap pool, gymnasium, small theatre, a ballroom and a spa centre. Its main point of difference to other high-rise in Surfers Paradise is its glass enclosed sleek look.