Get Interesting Photos Direct To Your Email
Sign up for our newsletter and receive unique photos for your viewing pleasure!
We hate SPAM and we promise to keep your email address safe.
No thanks, I have already subscribed!
Thank You
Follow Us Follow @allrefer Pinterest
AllRefer.com > Pictures & Images > P-51 Mustang - Arctic Thunder 2003 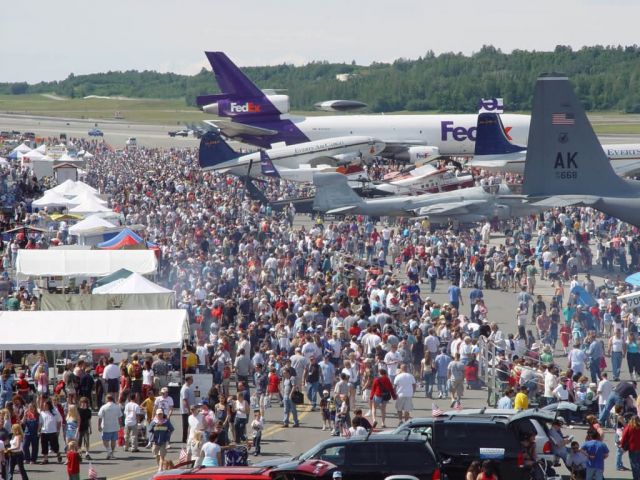 ELMENDORF AIR FORCE BASE, Alaska—A crowd of about 150,000 people attended Arctic Thunder 2003, the base’s annual open house and air show, June 28 and 29. The show’s theme was “A Century in the Sky.” It commemorated the centennial of flight with performances by a World War II-era B-25 Mitchell bomber and a Heritage Flight, in which a P-51 Mustang and an F-15 Eagle flew in formation. The show also featured the U.S. Air Force Thunderbirds. (U.S. Air Force photo by Staff Sgt. Ryan Mattox)