Get Interesting Photos Direct To Your Email
Sign up for our newsletter and receive unique photos for your viewing pleasure!
We hate SPAM and we promise to keep your email address safe.
No thanks, I have already subscribed!
Thank You
Follow Us Follow @allrefer Pinterest
AllRefer.com > Pictures & Images > Heritage Fly-by - Demonstrating air-power heritage 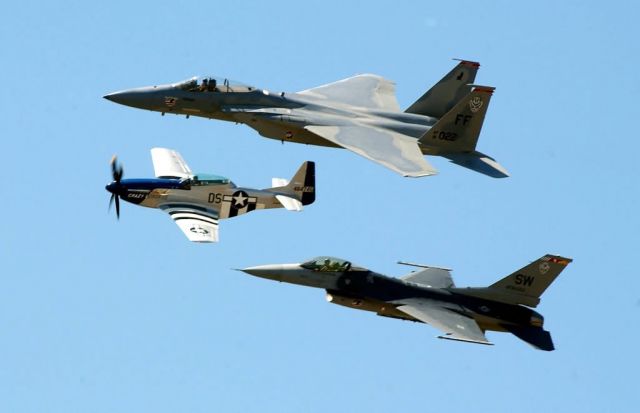 MACDILL AIR FORCE BASE, Fla.—In a formation known as the “Heritage Fly-by,” three generations of military air power were on display at AirFest 2004 here April 3. This is the base’s first air show since 2001. It drew in an estimated crowd of 500,000 people. (U.S. Air Force photo by Staff Sgt. Randy Redman)