Get Interesting Photos Direct To Your Email
Sign up for our newsletter and receive unique photos for your viewing pleasure!
We hate SPAM and we promise to keep your email address safe.
No thanks, I have already subscribed!
Thank You
Follow Us Follow @allrefer Pinterest
AllRefer.com > Pictures & Images > Mokokchung, Nagaland 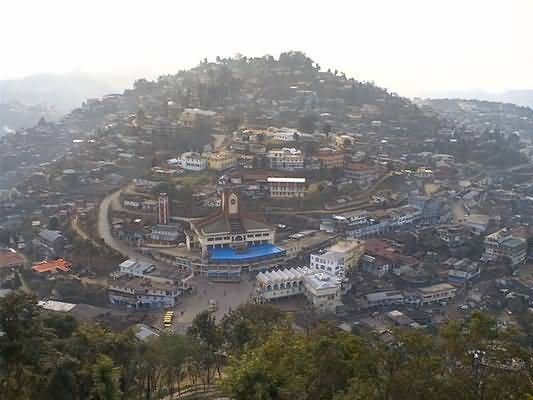 Mokokchung Village is an ancient village in the former Naga Hills, Nagaland, India. According to the folklores, the Ao Nagas emerged from âsix stones’. These stones symbolise their forefathers and that location is named as âLongterok’ which means six stones. Mokokchung is the construction of Mokok and Chung, where Mokok means unwillingly and Chung means a group of people.

There are five clans within the village: Pongener, Longkumer, Jamir, Atsongchanger and Kechutzar. Marriage within the same clan are prohibited and monogamy is practised. Each clan is treated equally. The village is divided into two khels (or sectors) - the upper khel and the lower khel. The main annual festivals that were popular in the past are the Moatsu and the Tsungremong. The Moatsu festival is celebrated on 2 May in honour of Lijaba. In the modern times Christmas has become the most important festival along with all the Ao regions.