Get Interesting Photos Direct To Your Email
Sign up for our newsletter and receive unique photos for your viewing pleasure!
We hate SPAM and we promise to keep your email address safe.
No thanks, I have already subscribed!
Thank You
Follow Us Follow @allrefer Pinterest
AllRefer.com > Pictures & Images > M61A2 - F/A-22 Raptor 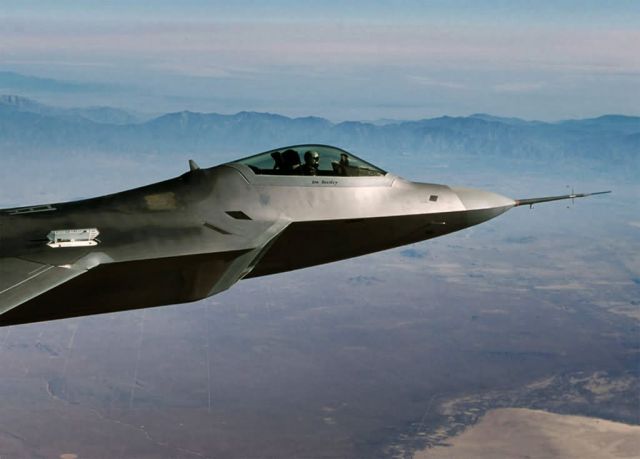 FILE PHOTO—The F/A-22 Raptor’s internal-mounted M61A2 six-barreled 20mm lightweight Gatling gun’s (upper right wing) hydraulic door was tested during a recent flight test of Raptor 4002 above the Mojave Desert. The successful test was designed to see how the door would react when opened at high speeds. Built by General Dynamics in Burlington, Vt., the gun can fire 6,000 rounds per minute, although the Raptor usually carries only 480 rounds. Almost all current U.S. military fighters and attack jets have been equipped with the M61 or its follow-on models since the 1950s. Consequently, the upgraded gun seems a perfect fit for the next-generation fighter. (U.S. Air Force photo by Judson Brohmer)