Get Interesting Photos Direct To Your Email
Sign up for our newsletter and receive unique photos for your viewing pleasure!
We hate SPAM and we promise to keep your email address safe.
No thanks, I have already subscribed!
Thank You
Follow Us Follow @allrefer Pinterest
AllRefer.com > Pictures & Images > F-22A Raptor - Special delivery 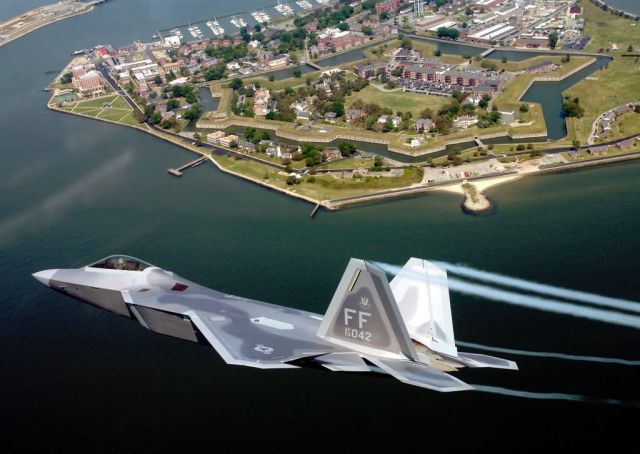 OVER VIRGINIA—Lt. Col. James Hecker flies over Fort Monroe before delivering the first operational F-22A Raptor to its permanent home at Langley Air Force Base, Va., on May 12. This is the first of 26 Raptors to be delivered to the 27th Fighter Squadron. The Raptor program is managed by the F-22A System Program Office at Wright-Patterson AFB, Ohio. Colonel Hecker is the squadron’s commander. (U.S. Air Force photo by Tech. Sgt. Ben Bloker)