Get Interesting Photos Direct To Your Email
Sign up for our newsletter and receive unique photos for your viewing pleasure!
We hate SPAM and we promise to keep your email address safe.
No thanks, I have already subscribed!
Thank You
Follow Us Follow @allrefer Pinterest
AllRefer.com > Pictures & Images > Lombard street - California 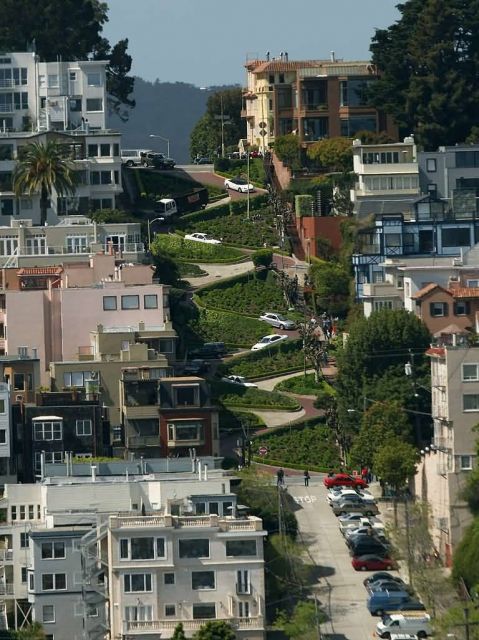 Lombard Street is an east-west street in San Francisco, California that is famous for a steep, one-block section with eight hairpin turns. Lombard Street is known for the one-way block on Russian Hill between Hyde and Leavenworth Streets, where eight sharp turns are said to make it the crookedest street in the world. The design, first suggested by property owner Carl Henry and built in 1922.