Get Interesting Photos Direct To Your Email
Sign up for our newsletter and receive unique photos for your viewing pleasure!
We hate SPAM and we promise to keep your email address safe.
No thanks, I have already subscribed!
Thank You
Follow Us Follow @allrefer Pinterest
AllRefer.com > Pictures & Images > Kalibangan, Rajasthan 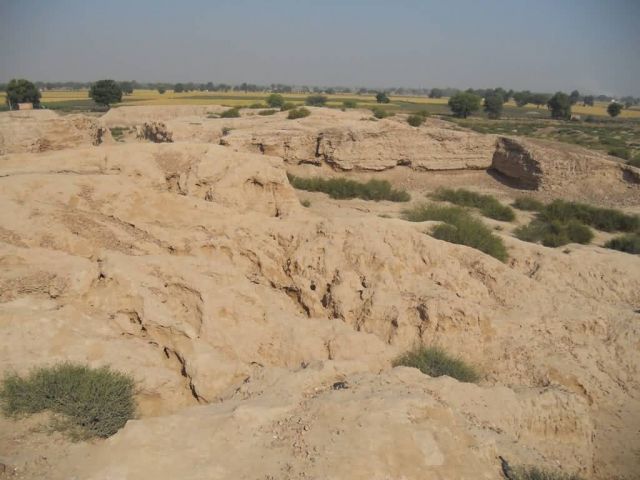 Kalibangan is a town located at Rajasthan, India 205 km. from Bikaner. Kalibangan’s excavation report was published in its entirety in 2003 by the Archaeological Survey of India, 34 years after the completion of excavations. Kalibangan is distinguished by its unique fire altars and “world’s earliest attested ploughed field”.

The excavation unexpectedly brought to light a two fold sequence of cultures, of which the upper one (Kalibangan I) belongs to the Harappan and the lower one (Kalibangan II) was formerly called pre-Harappan but now it is called “Early Harappan or antecedent Harappan”.