Get Interesting Photos Direct To Your Email
Sign up for our newsletter and receive unique photos for your viewing pleasure!
We hate SPAM and we promise to keep your email address safe.
No thanks, I have already subscribed!
Thank You
Follow Us Follow @allrefer Pinterest
AllRefer.com > Pictures & Images > HH-60 Pave Hawk - Mid-ship refueling 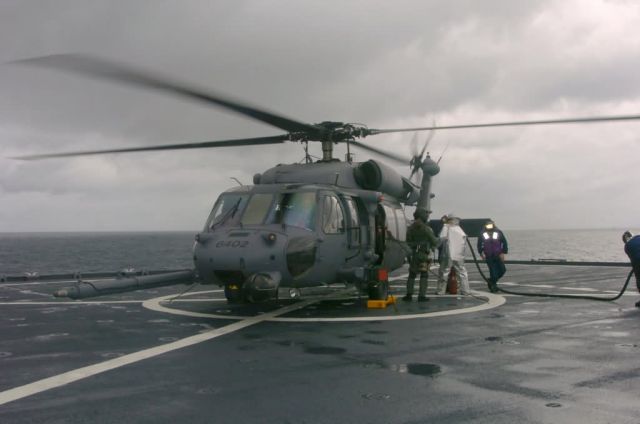 ABOARD USS FORT MCHENRY—An Air Force HH-60 Pave Hawk helicopter receives fuel and accomplishes deck-landing qualification training at the same time. The helicopter had been providing typhoon relief in the Philippines and was returning home after the last supply run to the Quezon Province. The helicopter and its crew are assigned to the 33rd Rescue Squadron at Kadena Air Base, Japan. (U.S. Air Force photo by Master Sgt. Val Gempis)