Get Interesting Photos Direct To Your Email
Sign up for our newsletter and receive unique photos for your viewing pleasure!
We hate SPAM and we promise to keep your email address safe.
No thanks, I have already subscribed!
Thank You
Follow Us Follow @allrefer Pinterest
AllRefer.com > Pictures & Images > Great Blue Hole, Belize 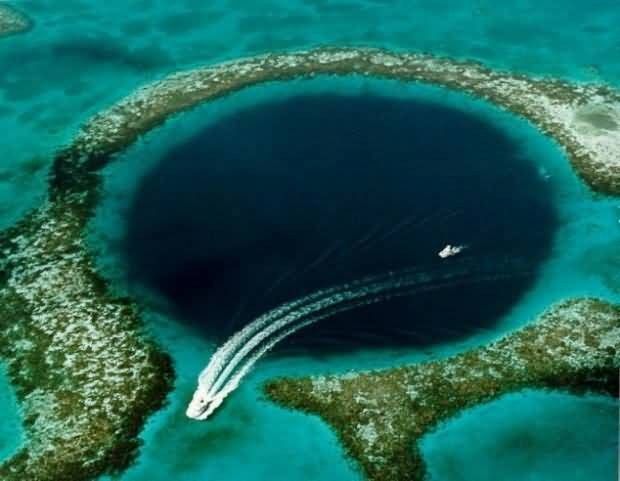 The Great Blue Hole is a large submarine sinkhole off the coast of Belize. It lies near the center of Lighthouse Reef, a small atoll 70 km from the mainland and Belize City. The hole is circular in shape, over 300 m across and 124 m deep. It was formed during several episodes of quaternary glaciation when sea levels were much lower. This is a popular spot for scuba divers who are lured by the opportunity to dive in sometimes crystal-clear water and meet several species of fish, including Midnight Parrotfish, Caribbean reef shark and other juvenile fish species.