Get Interesting Photos Direct To Your Email
Sign up for our newsletter and receive unique photos for your viewing pleasure!
We hate SPAM and we promise to keep your email address safe.
No thanks, I have already subscribed!
Thank You
Follow Us Follow @allrefer Pinterest
AllRefer.com > Pictures & Images > F-16 - I spy rolling Thunder 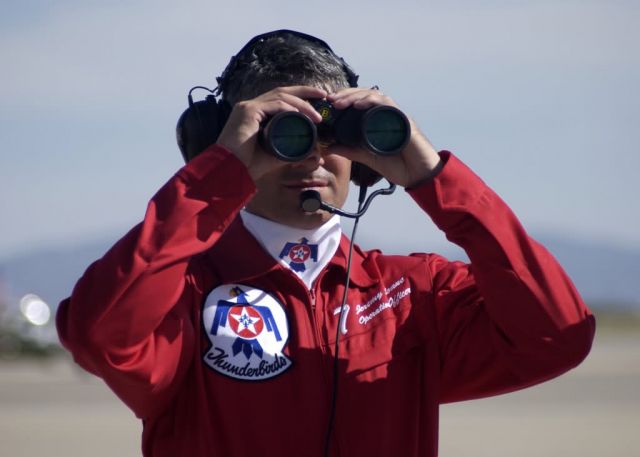 DAVIS-MONTHAN AIR FORCE BASE, Ariz.—Maj. Jeremy Sloane looks for nearby aircraft to ensure they stay out of the path of the Thunderbirds’ performance at an air show here April 2. The team performs in F-16 Fighting Falcons, and is stationed at Nellis Air Force Base, Nev. Major Sloane is the team’s operations officer and flies the No. 7 jet. (U.S. Air Force photo by Airman 1st Class Christina D. Kinsey)