Get Interesting Photos Direct To Your Email
Sign up for our newsletter and receive unique photos for your viewing pleasure!
We hate SPAM and we promise to keep your email address safe.
No thanks, I have already subscribed!
Thank You
Follow Us Follow @allrefer Pinterest
AllRefer.com > Pictures & Images > F-15C - Check... check... 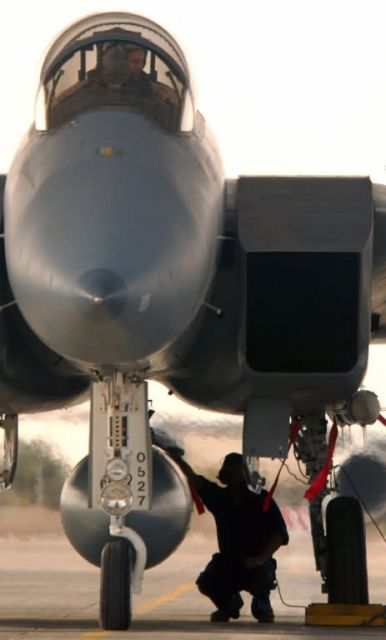 SOUTHWEST ASIA—An F-15C fighter pilot and crew chief communicate through a short-range radio about the status of the aircraft during a run-down of the mandatory checklists prior to take off on March 16, 2003, in support of Operation Southern Watch at a forward deployed location. (U.S. Air Force photo by Staff Sgt. D. Myles Cullen)