Get Interesting Photos Direct To Your Email
Sign up for our newsletter and receive unique photos for your viewing pleasure!
We hate SPAM and we promise to keep your email address safe.
No thanks, I have already subscribed!
Thank You
Follow Us Follow @allrefer Pinterest
AllRefer.com > Pictures & Images > F-15 Eagle - William Tell 2004 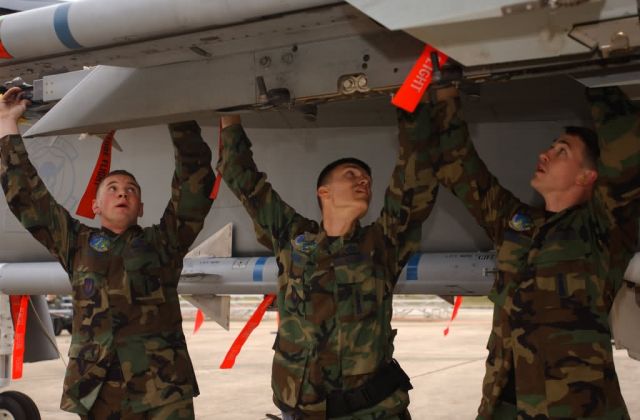 TYNDALL AIR FORCE BASE, Fla.—From the left, Senior Airman Michael Stack, Staff Sgt. Steven Johnson and Senior Airman Randy Steele lift a missile to the wing of an F-15 Eagle during the static load competition of William Tell 2004 here Nov. 10. This is the 50th anniversary of the William Tell competition, which tests an aircrew’s ability to perform under combat conditions. All of the Airmen are assigned to the 493rd Fighter Squadron at Royal Air Force Lakenheath, England. (U.S. Air Force photo by Staff Sgt James Williams)