Get Interesting Photos Direct To Your Email
Sign up for our newsletter and receive unique photos for your viewing pleasure!
We hate SPAM and we promise to keep your email address safe.
No thanks, I have already subscribed!
Thank You
Follow Us Follow @allrefer Pinterest
AllRefer.com > Pictures & Images > Davis-Monthan Air Force Base - Preparing to takeoff 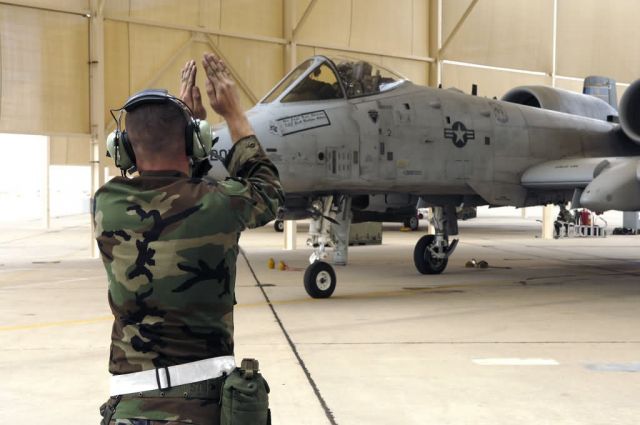 Airman 1st Class Chad Goucher marshals Maj. Vernie Pendley as he takes off during exercise Bushwhacker 06-02 at Davis-Monthan Air Force Base, Ariz., on Wednesday, April 05, 2006. Bushwhacker 06-02 is a Phase I and Phase II exercise demonstrating the 355th Wing’s ability to prepare to deploy and fight when called. Airman Goucher is with the 355th Aircraft Maintenance Squadron, and Major Pendley is with the 354th Fighter Squadron. (U.S. Air Force photo/Airman 1st Class Jesse Shipps)