Get Interesting Photos Direct To Your Email
Sign up for our newsletter and receive unique photos for your viewing pleasure!
We hate SPAM and we promise to keep your email address safe.
No thanks, I have already subscribed!
Thank You
Follow Us Follow @allrefer Pinterest
AllRefer.com > Pictures & Images > C-130J Hercules - Testing it out 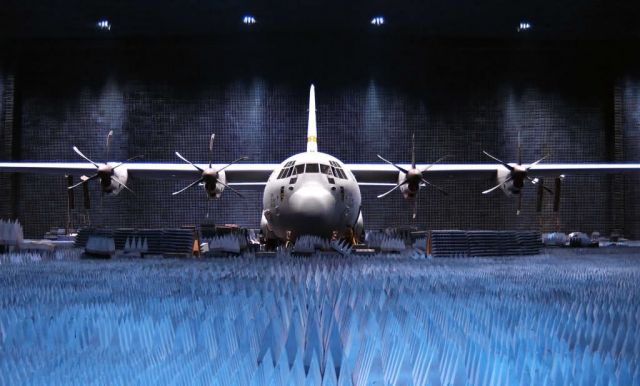 EDWARDS AIR FORCE BASE, Calif.—A C-130J Hercules sits in the Benefield Anechoic Facility here during a defensive systems electronic warfare test. Ground testing of the systems took place in the chamber to ensure all of the systems integrated into the mission computer would not interfere with other avionics systems before the aircraft began operational test flights. Open-air testing of the integrated defensive systems began Oct. 7 at China Lake Naval Weapons Center. (U.S. Air Force photo by Thomas Powell)