Get Interesting Photos Direct To Your Email
Sign up for our newsletter and receive unique photos for your viewing pleasure!
We hate SPAM and we promise to keep your email address safe.
No thanks, I have already subscribed!
Thank You
Follow Us Follow @allrefer Pinterest
AllRefer.com > Pictures & Images > C-130 Hercules - Southwest Asia sunset 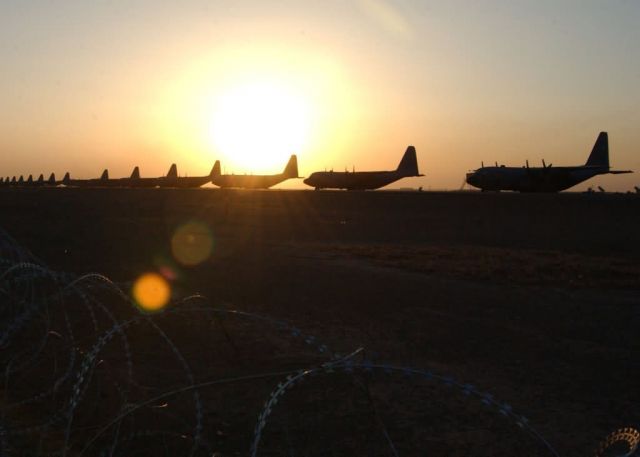 OPERATION IRAQI FREEDOM—A row of C-130 Hercules are parked along the 485th Air Expeditionary Wing’s ramp at a forward-deployed location in Southwest Asia. Seven C-130 units combined here to form the largest collection of the aircraft in the world, according to officials. (U.S. Air Force photo by Senior Airman Manuel Martinez)