Get Interesting Photos Direct To Your Email
Sign up for our newsletter and receive unique photos for your viewing pleasure!
We hate SPAM and we promise to keep your email address safe.
No thanks, I have already subscribed!
Thank You
Follow Us Follow @allrefer Pinterest
AllRefer.com > Pictures & Images > C-130 Hercules - Maintenance unit keeps aircraft flying 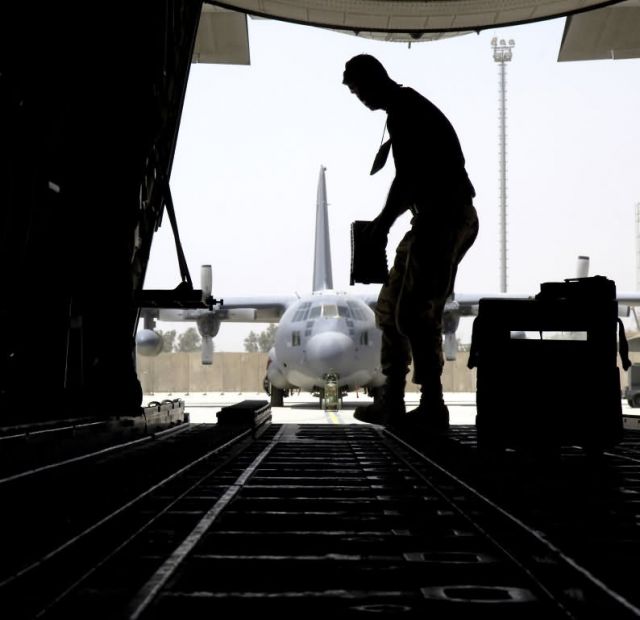 Tech. Sgt. Sean Fox changes the cargo roller configuration on a C-130 Hercules at Balad Air Base, Iraq, on May 16, 2006. Sergeant Fox is a maintainer in the 777th Expeditionary Aircraft Squadron deployed from Little Rock Air Force Base, Ark.. The airfield is the busiest single-runway airfield in the Department of Defense. Since January 2006, the squadron’s active-duty, Guard and Reserve Airmen have launched more than 3,700 sorties that carried some 54,200 people and 11,790 tons of cargo. (U.S. Air Force photo/Senior Airman Brian Ferguson)