Get Interesting Photos Direct To Your Email
Sign up for our newsletter and receive unique photos for your viewing pleasure!
We hate SPAM and we promise to keep your email address safe.
No thanks, I have already subscribed!
Thank You
Follow Us Follow @allrefer Pinterest
AllRefer.com > Pictures & Images > C-130 Hercules - Blue waters 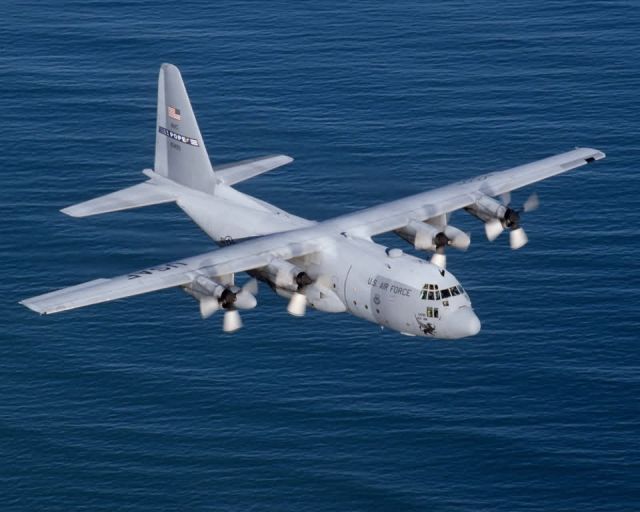 OVER THE ATLANTIC OCEAN—A C-130 Hercules from the 2nd Airlift Squadron, Pope Air Force Base, N.C., flies over the Atlantic Ocean. The C-130 Hercules primarily performs the intratheater portion of the airlift mission. The aircraft is capable of operating from rough, dirt strips and is the prime transport for paradropping troops and equipment into hostile areas. (U.S. Air Force photo by Tech. Sgt. Howard Blair)