Get Interesting Photos Direct To Your Email
Sign up for our newsletter and receive unique photos for your viewing pleasure!
We hate SPAM and we promise to keep your email address safe.
No thanks, I have already subscribed!
Thank You
Follow Us Follow @allrefer Pinterest
AllRefer.com > Pictures & Images > MC-130 Combat Talons - Special operations 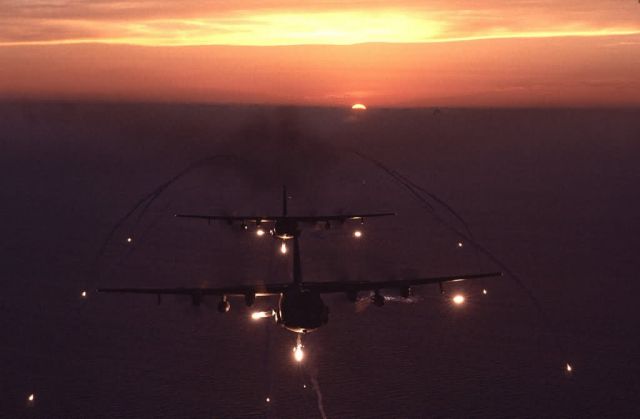 OFF THE COAST OF FLORIDA—Two 16th Special Operations Wing MC-130 Combat Talons fly along the coastline. The 16th SOW specializes in unconventional warfare. At the direction of the National Command Authorities, the 16th SOW goes into action with specially trained and equipped forces from each service working as a team to support national security objectives. Special operations are often undertaken in enemy-controlled or politically-sensitive areas and can cover a myriad of activities. The 16th SOW’s motto is, “Any Time, Any Place.” The wing stands ready to go worldwide to conduct unconventional warfare, counterinsurgency, or psychological operations. Through special operations, the United States is able to protect its interests in low-intensity conflicts throughout the world. (U.S. Air Force photo by Staff Sgt. Andy Dunaway)