Get Interesting Photos Direct To Your Email
Sign up for our newsletter and receive unique photos for your viewing pleasure!
We hate SPAM and we promise to keep your email address safe.
No thanks, I have already subscribed!
Thank You
Follow Us Follow @allrefer Pinterest
AllRefer.com > Pictures & Images > Bandra-Worli Sea Link, Mumbai 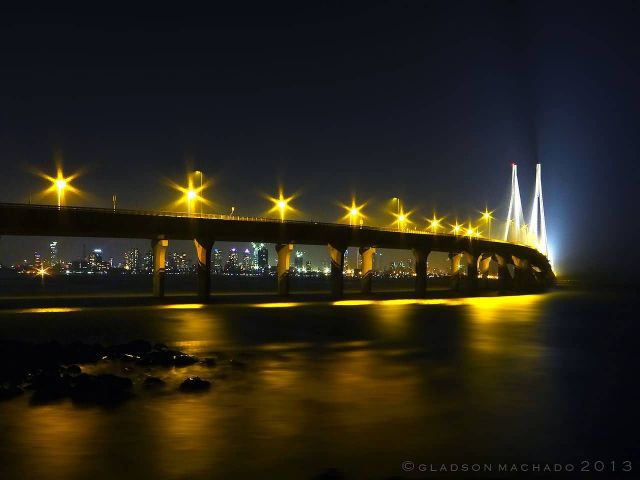 The Bandra-Worli Sea Link, officially called Rajiv Gandhi Sea Link, is a cable-stayed bridge. It links Bandra in the Western Suburbs of Mumbai with Worli in South Mumbai. The bridge is a part of the proposed Western Freeway that will link the Western Suburbs to Nariman Point in Mumbai’s main business district.

The first four of the eight lanes of the bridge were opened to the public on 30 June 2009. All eight lanes were opened on 24 March 2010. The sea-link reduces travel time between Bandra and Worli during peak hours from 60-90 minutes to 20-30 minutes. As of October 2009, BWSL had an average daily traffic of around 37,500 vehicles.