Get Interesting Photos Direct To Your Email
Sign up for our newsletter and receive unique photos for your viewing pleasure!
We hate SPAM and we promise to keep your email address safe.
No thanks, I have already subscribed!
Thank You
Follow Us Follow @allrefer Pinterest
AllRefer.com > Pictures & Images > B-52H - Mine layer 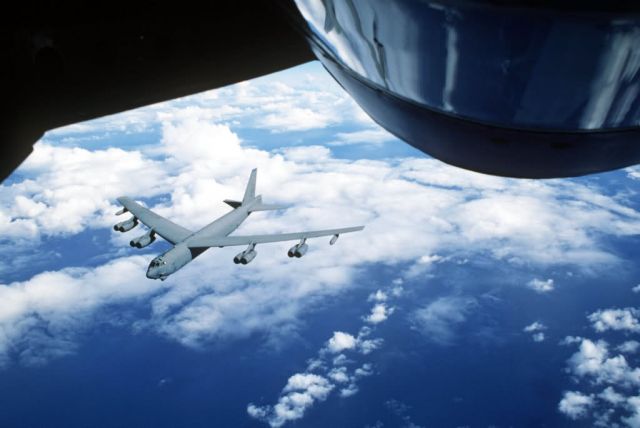 OVER THE NORTH SEA—A B-52H of the 20th Bomb Squadron from the 2nd Bomb Wing, Barksdale Air Force Base, La., approaches a KC-135R Stratotanker assigned to the 100th Aerial Refueling Wing at Royal Air Force Mildenhall, England, to take on fuel. The B-52H took on 120,000 pounds of fuel over the North Sea after dropping eight MK-52 mines in exercise Blue Harrier. (U.S. Air Force photo)