Get Interesting Photos Direct To Your Email
Sign up for our newsletter and receive unique photos for your viewing pleasure!
We hate SPAM and we promise to keep your email address safe.
No thanks, I have already subscribed!
Thank You
Follow Us Follow @allrefer Pinterest
AllRefer.com > Pictures & Images > B-52 - The Buff 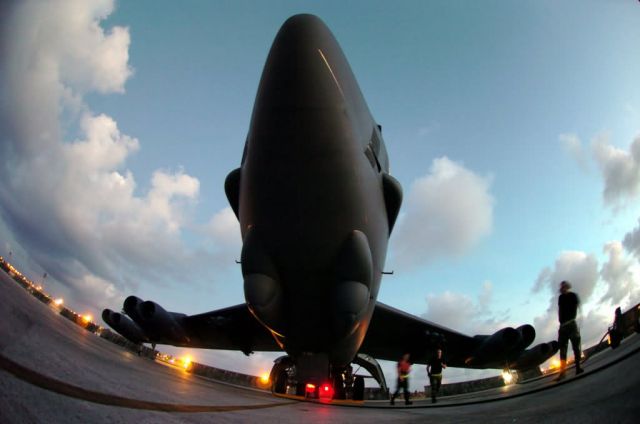 ANDERSEN AIR FORCE BASE, Guam—A B-52 Stratofortress bomber from the 5th Bomber Wing, Minot Air Force Base, N. D., sits on the flightline before night operations here. The 5th BW is the first to deploy to the island since U.S. Pacific Command officials decided to station a bomber force here. Officials said the continuous bomber presence is aimed at enhancing regional security, demonstrating United States’ commitment to the Western Pacific and providing training opportunities that integrate bombers into joint and coalition forces in the Pacific. (U.S. Air Force photo by Master Sgt. Val Gempis)