Get Interesting Photos Direct To Your Email
Sign up for our newsletter and receive unique photos for your viewing pleasure!
We hate SPAM and we promise to keep your email address safe.
No thanks, I have already subscribed!
Thank You
Follow Us Follow @allrefer Pinterest
AllRefer.com > Pictures & Images > B-52 Stratrofortess - Buff work 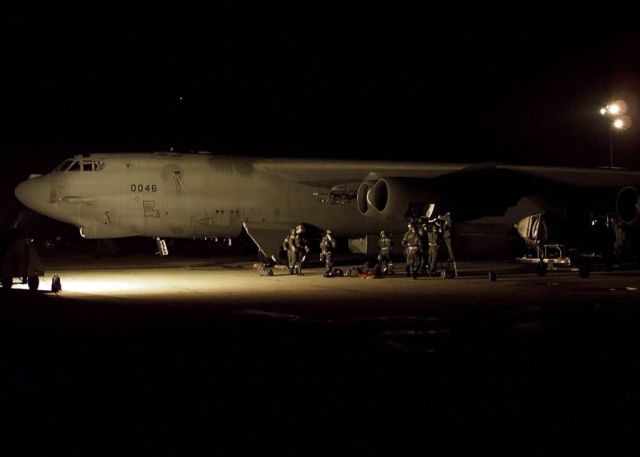 BARKSDALE AIR FORCE BASE, La.—Members of the 96th Bomb Squadron and the 20th Bomb Squadron do maintenance on a B-52 Stratrofortess during Coronet White 00-ACC-07, a conventional operational readiness inspection held here, Dec. 13, 1999. The 2nd Bomb Wing is being inspected on its ability to survive and operate in a nuclear, biological and chemical environment by the Air Combat Command Inspector General. (U. S. Air Force photo by Senior Airman Orly N. Tyrell)