Get Interesting Photos Direct To Your Email
Sign up for our newsletter and receive unique photos for your viewing pleasure!
We hate SPAM and we promise to keep your email address safe.
No thanks, I have already subscribed!
Thank You
Follow Us Follow @allrefer Pinterest
AllRefer.com > Pictures & Images > B-52 - Bright Star 2005 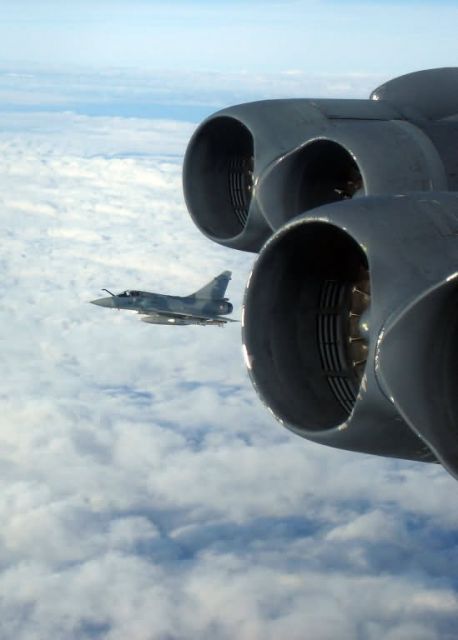 OVER FRANCE—A French air force Mirage 2000 fighter escorts a B-52 Stratofortress. The bomber from Barksdale Air Force Base, La., was en route to Egypt to participate in exercise Bright Star 2005. The exercise began Sept. 10 and ended Oct. 3. It included forces from the United States, Egypt, France and 11 other countries. (U.S. Air Force photo by 1st Lt. Daniel Decker)