Get Interesting Photos Direct To Your Email
Sign up for our newsletter and receive unique photos for your viewing pleasure!
We hate SPAM and we promise to keep your email address safe.
No thanks, I have already subscribed!
Thank You
Follow Us Follow @allrefer Pinterest
AllRefer.com > Pictures & Images > B-52 - Bomber bunch 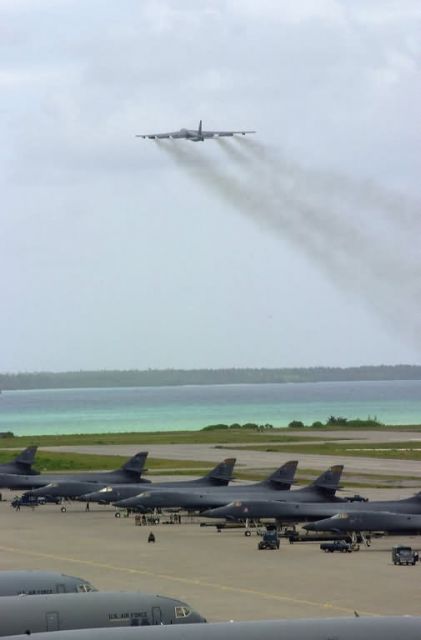 OPERATION ENDURING FREEDOM—An Air Force B-52 bomber from the 28th Air Expeditionary Wing takes off from Diego Garcia for a combat mission Oct. 22, 2001, in support of Operation Enduring Freedom. Air Force B-2, B-1 and B-52 bombers have expended more than 80 percent of the tonnage dropped on combat missions over Afghanistan. The Air Force has flown more than 600 sorties including strike missions against al Qaeda and Taliban targets in Afghanistan. These targets include early-warning radars, ground forces, command-and-control facilities, al Qaeda infrastructure, airfields and aircraft. (U.S. Air Force photo by Staff Sgt. Shane Cuomo)