Get Interesting Photos Direct To Your Email
Sign up for our newsletter and receive unique photos for your viewing pleasure!
We hate SPAM and we promise to keep your email address safe.
No thanks, I have already subscribed!
Thank You
Follow Us Follow @allrefer Pinterest
AllRefer.com > Pictures & Images > B-52 - B-52 Stratofortress 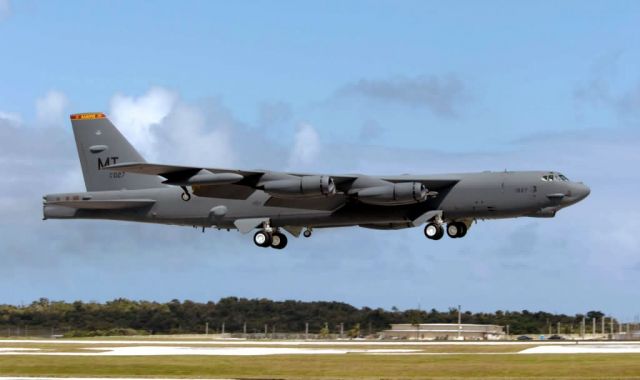 FILE PHOTO—For more than 40 years B-52 Stratofortresses have been the backbone of the manned strategic bomber force for the United States. The B-52 is capable of dropping or launching the widest array of weapons in the U.S. inventory. This includes gravity bombs, cluster bombs, precision guided missiles and joint direct attack munitions. Updated with modern technology the B-52 will be capable of delivering the full complement of joint developed weapons and will continue into the 21st century as an important element of our nation’s defenses. (U.S. Air Force photo by Master Sgt. Val Gempis)