Get Interesting Photos Direct To Your Email
Sign up for our newsletter and receive unique photos for your viewing pleasure!
We hate SPAM and we promise to keep your email address safe.
No thanks, I have already subscribed!
Thank You
Follow Us Follow @allrefer Pinterest
AllRefer.com > Pictures & Images > B-2 Stealth Bomber - B-2 Impresses Crowd 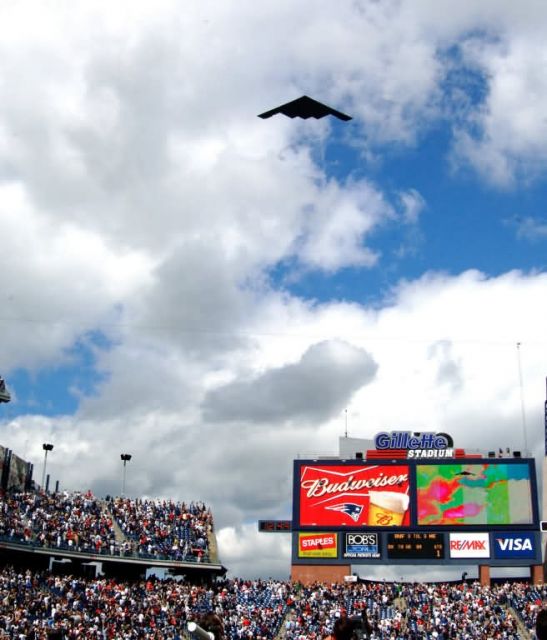 B-2 Stealth Bomber - B-2 Impresses Crowd

A B-2 Stealth Bomber from Whiteman Air Force Base, Mo., flies over Gillette Stadium moments before the New England Patriots and Buffalo Bills game on 10 Sep. During halftime, hundreds of recruits were enlisted in the Army National Guard by Brigadier General Oliver Mason. New England won the game 19-17. (U.S. Air Force photo by Tech. Sgt. Larry A. Simmons)