Get Interesting Photos Direct To Your Email
Sign up for our newsletter and receive unique photos for your viewing pleasure!
We hate SPAM and we promise to keep your email address safe.
No thanks, I have already subscribed!
Thank You
Follow Us Follow @allrefer Pinterest
AllRefer.com > Pictures & Images > B-2 Spirit - Spirit in the blue sky 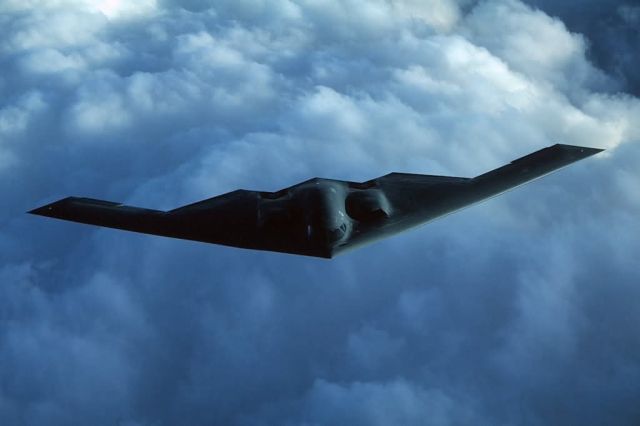 B-2 Spirit - Spirit in the blue sky

FILE PHOTO—The B-2 Spirit is a multi-role bomber capable of delivering both conventional and nuclear munitions. A dramatic leap forward in technology, the bomber represents a major milestone in the U.S. bomber modernization program. The B-2 brings massive firepower to bear, in a short time, anywhere on the globe through previously impenetrable defenses. Along with the B-52 and B-1B, the B-2 provides the penetrating flexibility and effectiveness inherent in manned bombers. Its low-observable, or “stealth,” characteristics give it the unique ability to penetrate an enemy’s most sophisticated defenses and threaten its most valued, and heavily defended, targets. Its capability to penetrate air defenses and threaten effective retaliation provide a strong, effective deterrent and combat force well into the 21st century. (U.S. Air Force Photo by Staff Sgt. Andy Dunaway)